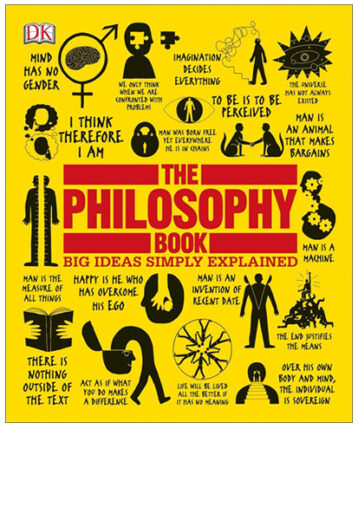 The Philosophy Book by DK has over six contributors. It covers content from the ancient and medieval world, the renaissance, the age of reason and revolution, and modern and contemporary times. Throughout its pages, these philosopher’s debates and dialogue bisected the existence of knowledge, logic, and language, morality, art, politics, and religion, in the East and West.

Much of the philosophy was shaped by Classical Greek thinking and thinkers of Eastern philosophies. These were well-known philosophers who set the stage for philosophical development. The early philosophers were Thales of Miletus, Pythagoras, Confucius, Buddha, Socrates, Plato, Aristotle, and Ptolemy.